This week, I really wanted to figure out how to get the kind of result I got on my Samsung Galaxy Note Pro 12.2 tablet last week at higher resolution. I had the evenings for the last few nights to play around with the Wacom tablet I have that is attached to my laptop. The Wacom tablet came with a few different software packages, including an older version of ArtRage which didn't have some of the capabilities of the Android version I had been using on my Samsung Tablet for the last month or so.

A new version of ArtRage (ArtRage 4) had been released in November 2014, which has even more capabilities, so I decided to upgrade. ArtRage 4 will allow printing up to 58 x 48 cm at 300dpi,* whereas the maximum resolution of the Android version is 2048x2048 pixels.

I got kind of a late start on my art last night and today, and wanted to take full advantage of the increased resolution with ArtRage 4.0, so my piece is still not finished. It's a challenge working on a bigger "canvas" with nearly four times the size; filling up the screen on the Samsung tablet took less time. But, I figured I could post a sneak peak of a part of the painting (and the sneak peak is definitely abstract). 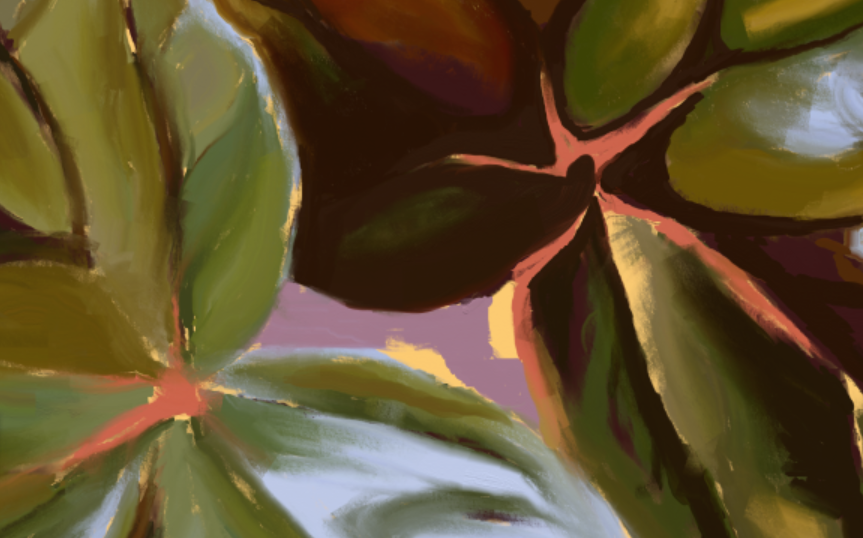